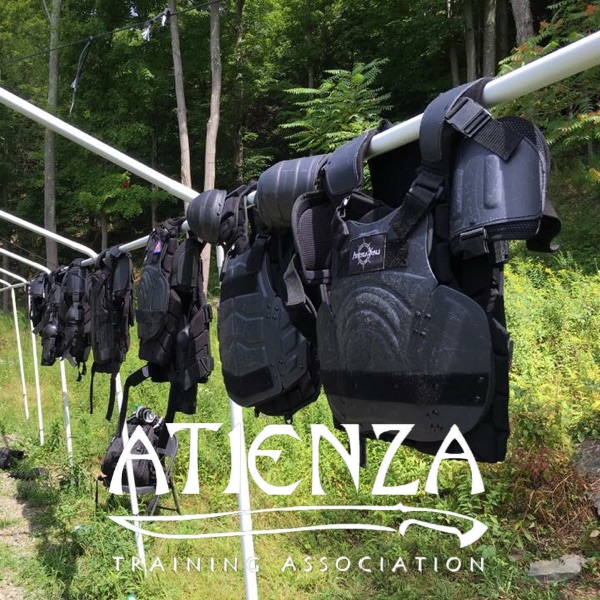 Check out the history & info about the system from the Atienza brothers own words: 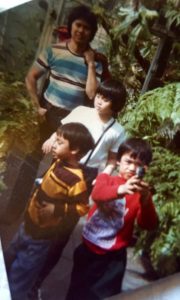 Atienza Kali is a family system based on the skill and tactics of the Atienza family.

The highest level of combat application is based on the movements of the family unit, four people, a father and his three sons while engaging a mass of people. 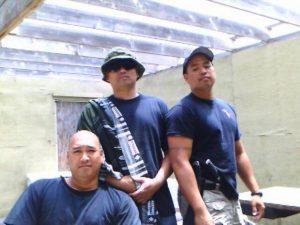 Basic combat scenario of Atienza Kali: You are alone and are about to engage three people. One of them has a weapon but you don’t know which person.

“The reason that is our base scenario is because that is what we saw. The last time I had a one-on-one fight without weapons is when I was 8 years old” ~Tuhon Carl Atienza

The Atienza Kali family system was developed to deal with a particular combat scenario – mass attack. It was common to seeing masses of people attacking others in the neighborhood they lived in during the 1980’s. As a result of observing this the Atienza family developed a system to deal with this problem. 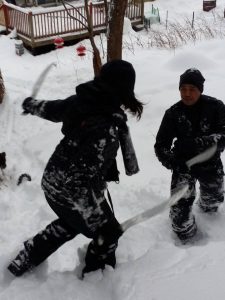 The Highest level of Atienza Kali starts with a group of 4 combatants (the family unit) representing Edgar Atienza and his three sons- Bong, Carl and Darryl armed with large blades. While in combat this group can break into 2 groups of 2 and further break in 4 individuals and recombine back to one group of 4 depending on the tactic being executed; our mass attacking another mass of people. All the Atienza Kali participants in the family unit have one thing in common- a high skill level in the use of a blade.

The family unit is only effective if the individual has skill with a blade.

“We always liked the sweeper sized blades, blade with a 12” or 13” blade length. We trained with a lot of different weapons of different sizes. But when it was go time we always went back to the sweeper. It allowed us to keep people at range and also worked well when people get close. Would a 15” or bigger blade length work better? Yes.  But sweepers were easy to hide.” 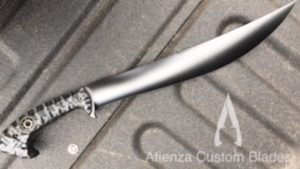 That is where Atienza Kali’s training progression starts.

The standard blade used in Atienza Kali is what is called a sweeper. The blade is usually 12”- 13” with an overall length of 17”.  When an Atienza Kali practitioner first starts training they will often use longer blades for the ease of executing basic techniques. As their training progresses the techniques are adjusted to sweeper sized blades then to knives and then to empty hand.

The long blade is the basis for the entire system and all knife and empty hand tactics come from the use of the long blade. 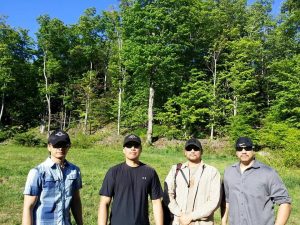 From 1976-1980, Edgar ‘Butch’ Atienza was involved with Arnis America; even holding the position of President for a few years. It was from the various styles within Arnis America that Butch introduced FMA to his sons. By 1980, Butch was already separated from the organization, choosing to teach only his sons. It was from these lessons that Atienza Kali was being formulated. Originally, the sons taught a modified three month program. Through teaching, they started realizing that the few drills they taught were lacking and often did not represent what was used in actual fights. For example, they often had feeds that were stationary or static. Even the test at the end of the three month class did not match what was being taught; the curriculum allowed a practitioner to train with stick, pipe, & knife but the test was done Empty hands versus all those weapons. As students cycled through the three month programs, the family started analyzing & dissecting which eventually led to a curriculum that came out of fights and a need for realism.